In March, I have a solo exhibition at the Craft Council of Newfoundland and Labrador's Annexe Gallery in St. John's.  This exhibition will be an edited selection of my body of work called "the Liminal Project" that I have been developing since 2010.  Exploring changes to the shorelines of Atlantic Canada, particularly the vulnerable coasts of PEI, the Liminal Project uses hand-weaving and mapping to make tangible the slow changes to our shores brought about by erosion, sea level rise and development.  The Liminal Project will also be exhibited in a larger form next year in January 2016 at the Mary E. Black Gallery in Halifax, NS.

While this exhibition is up in St. John's in March, alongside will be a group fibre exhibition entitled "Wild Pure Aesthetic Wonder", with a focus on Gros Morne National Park on the west coast of NL.  I am also making a piece called "Depths and Heights" for this exhibition (which will complement my own solo show nicely) which depicts Western Brook Pond, a huge fjord within Gros Morne.  I finished weaving the piece last week, (using overshot inlay and my own handspun wool), and am now in the process of embroidering the piece to emphasize the geological forces that created such a dramatic, wondrous place. 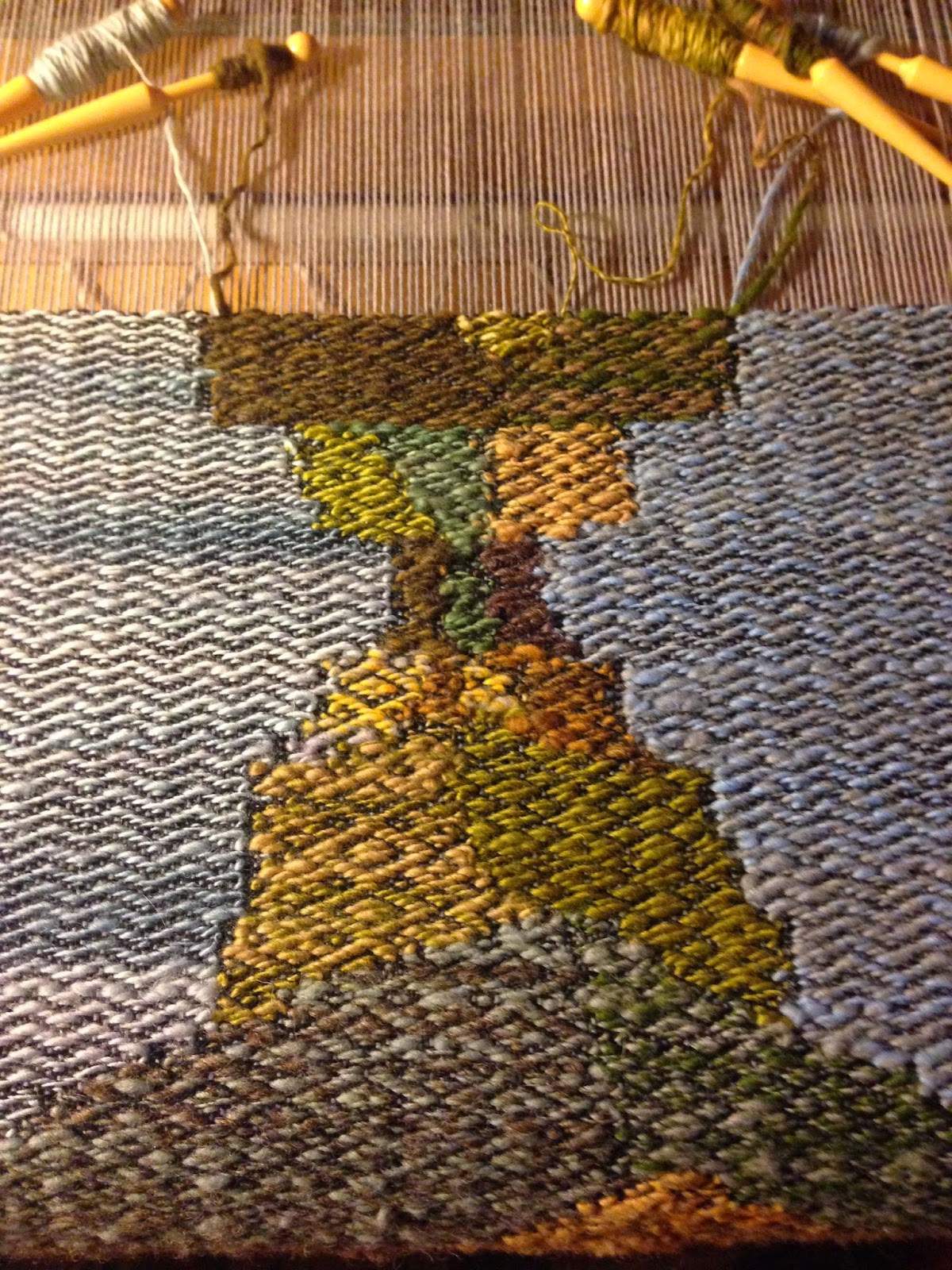 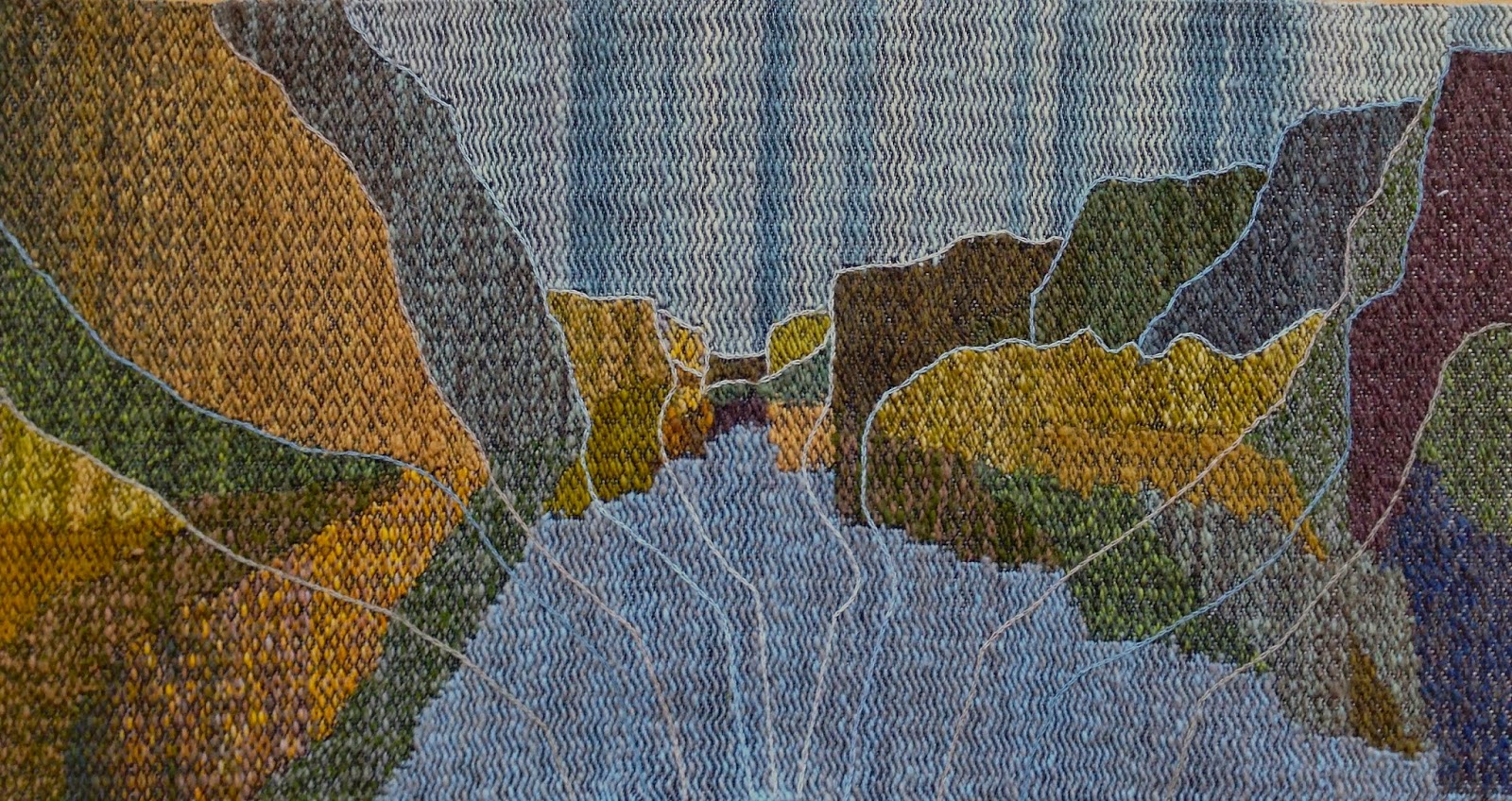 Off the loom, with embroidery contouring cliffs and emphasizing depth of Western Brook Pond. 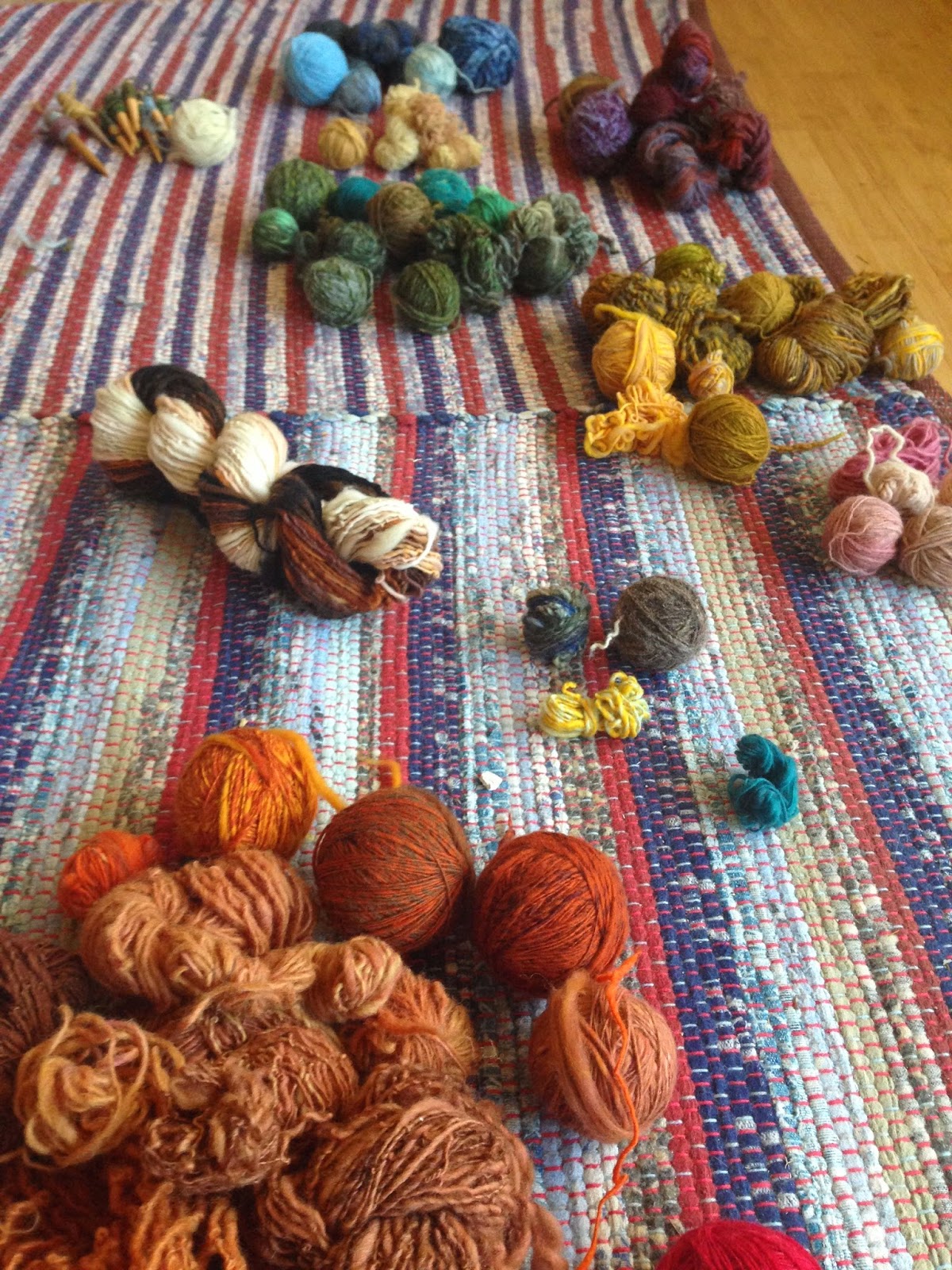 Colour palette of handspun wools used for inlay.
Posted by Rilla Marshall at 12:23 PM No comments:

I've been meaning to post these photos for over a month now.  At the beginning of December, I went to Halifax for the Halifax Crafters Christmas Market.  Super busy, so well-organized (as always) - this was probably the single best Crafters' show I've ever done. 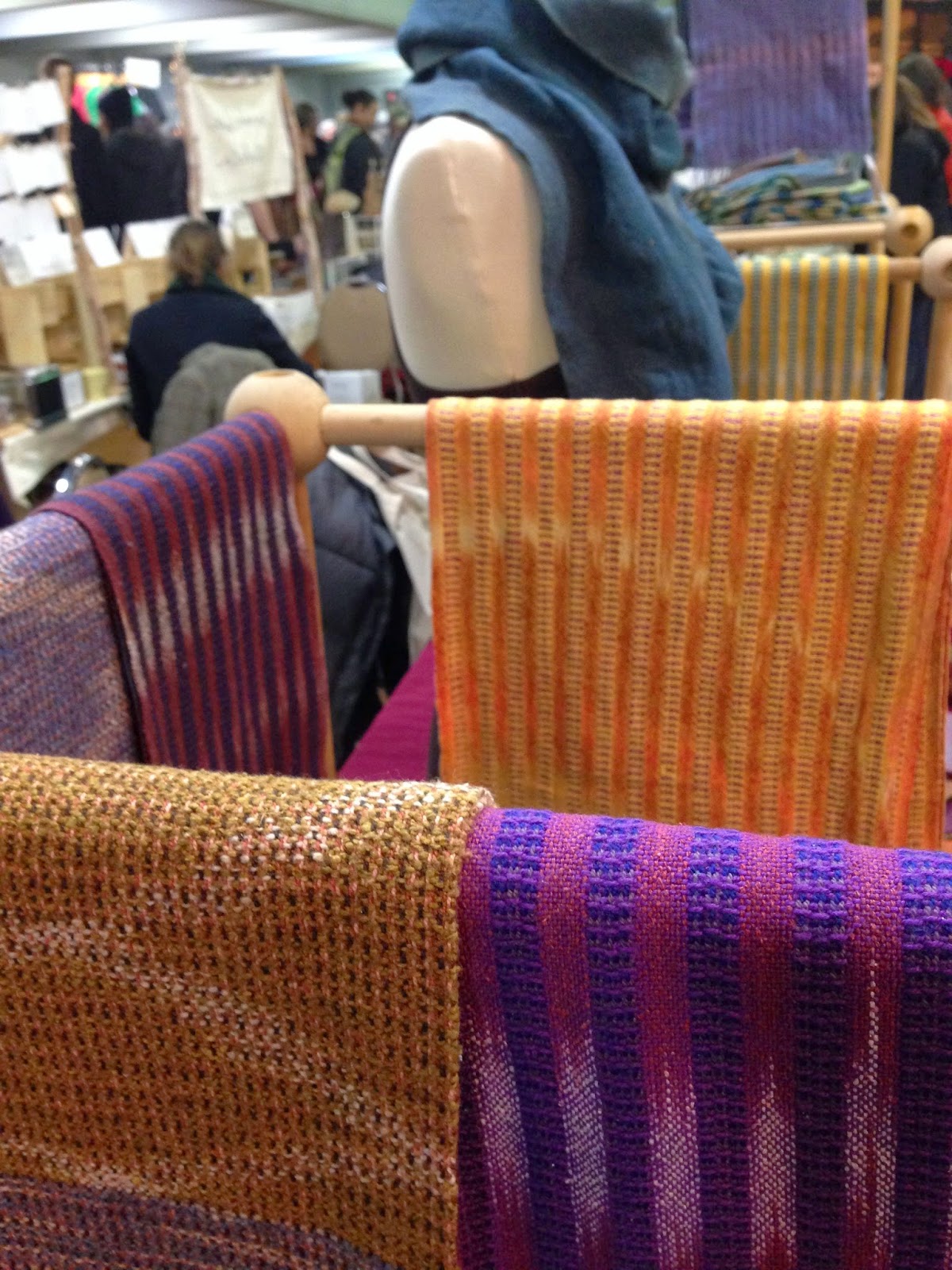 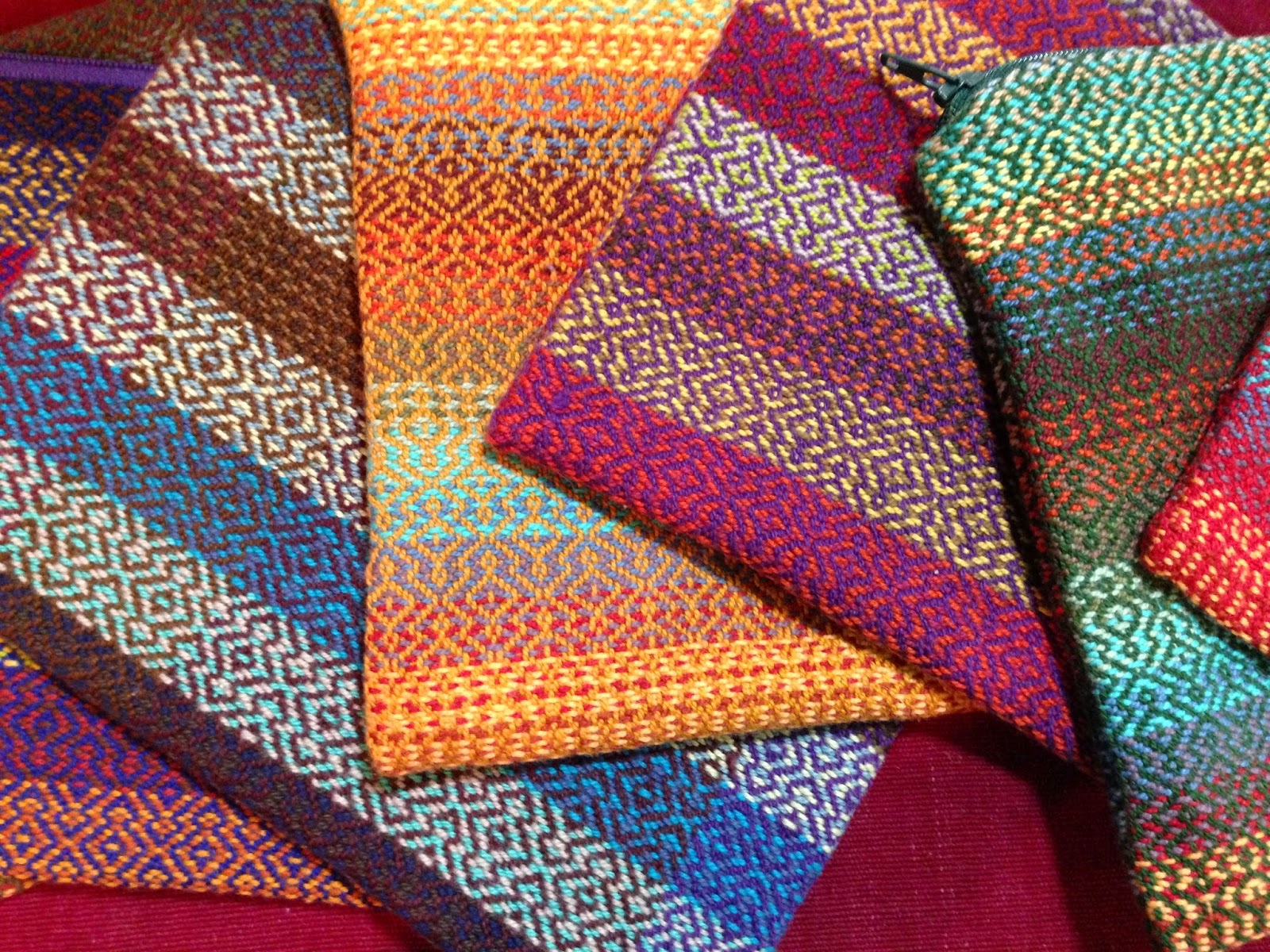 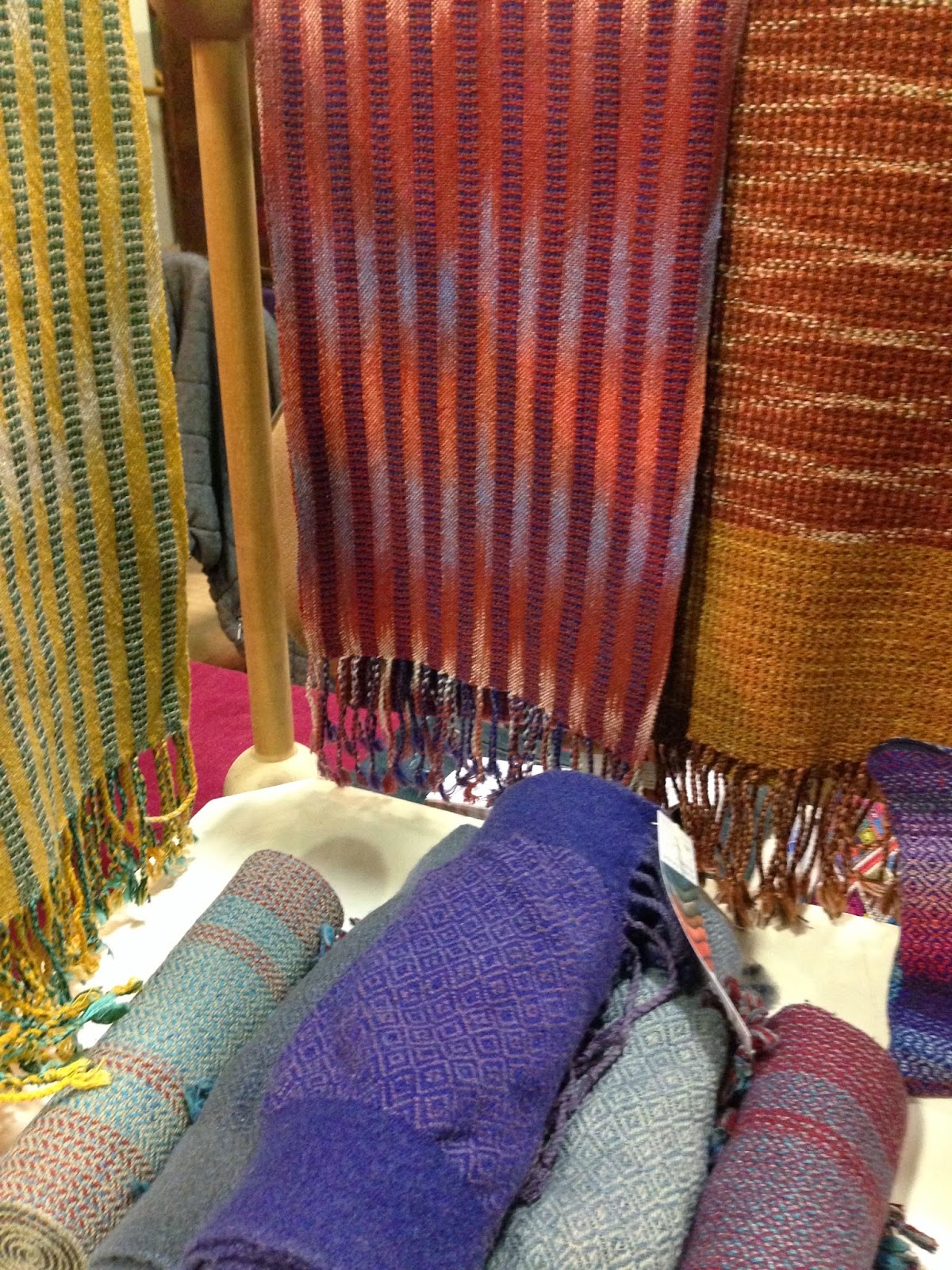 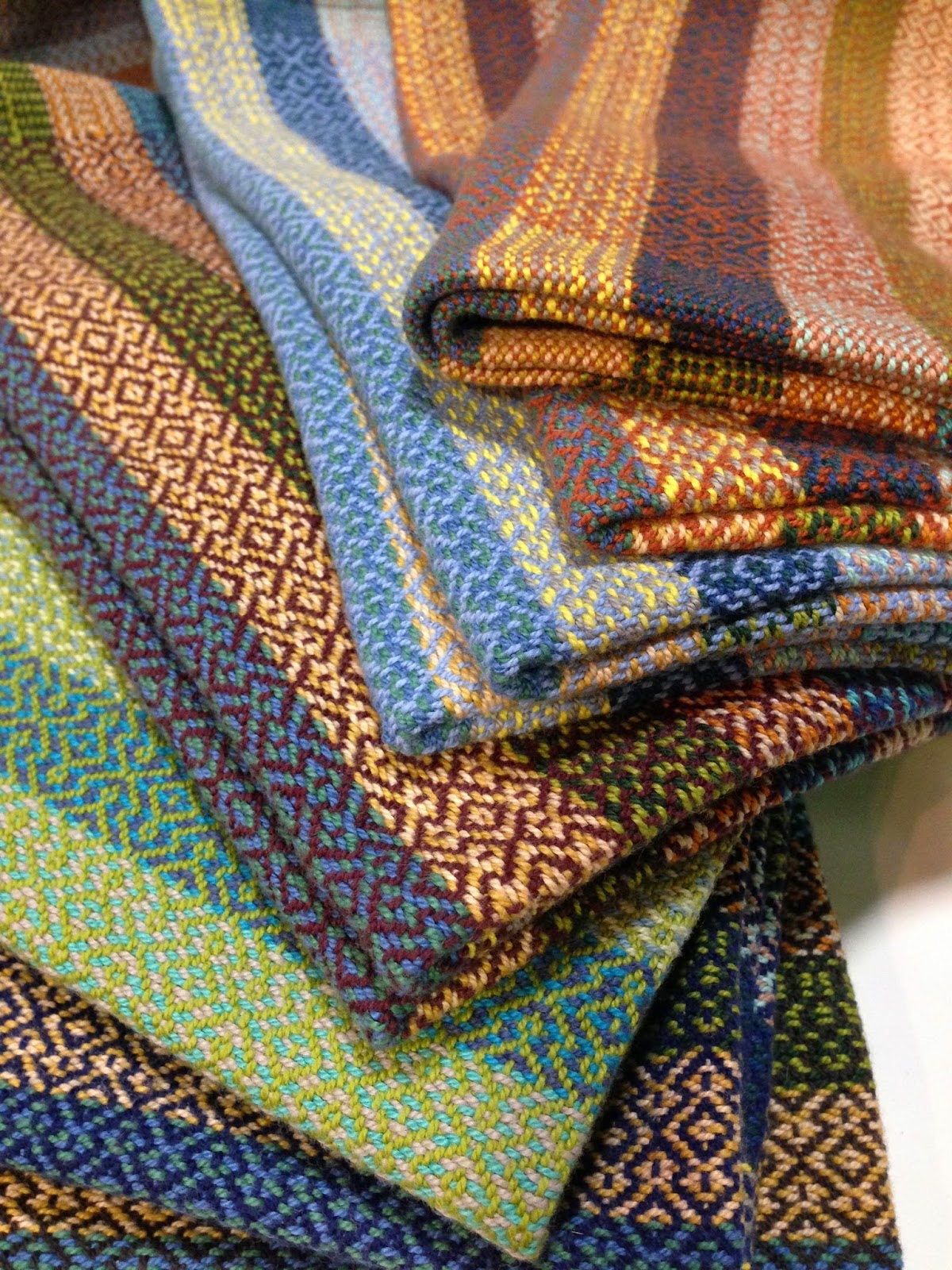 And sold out of my cotton tea towels.... 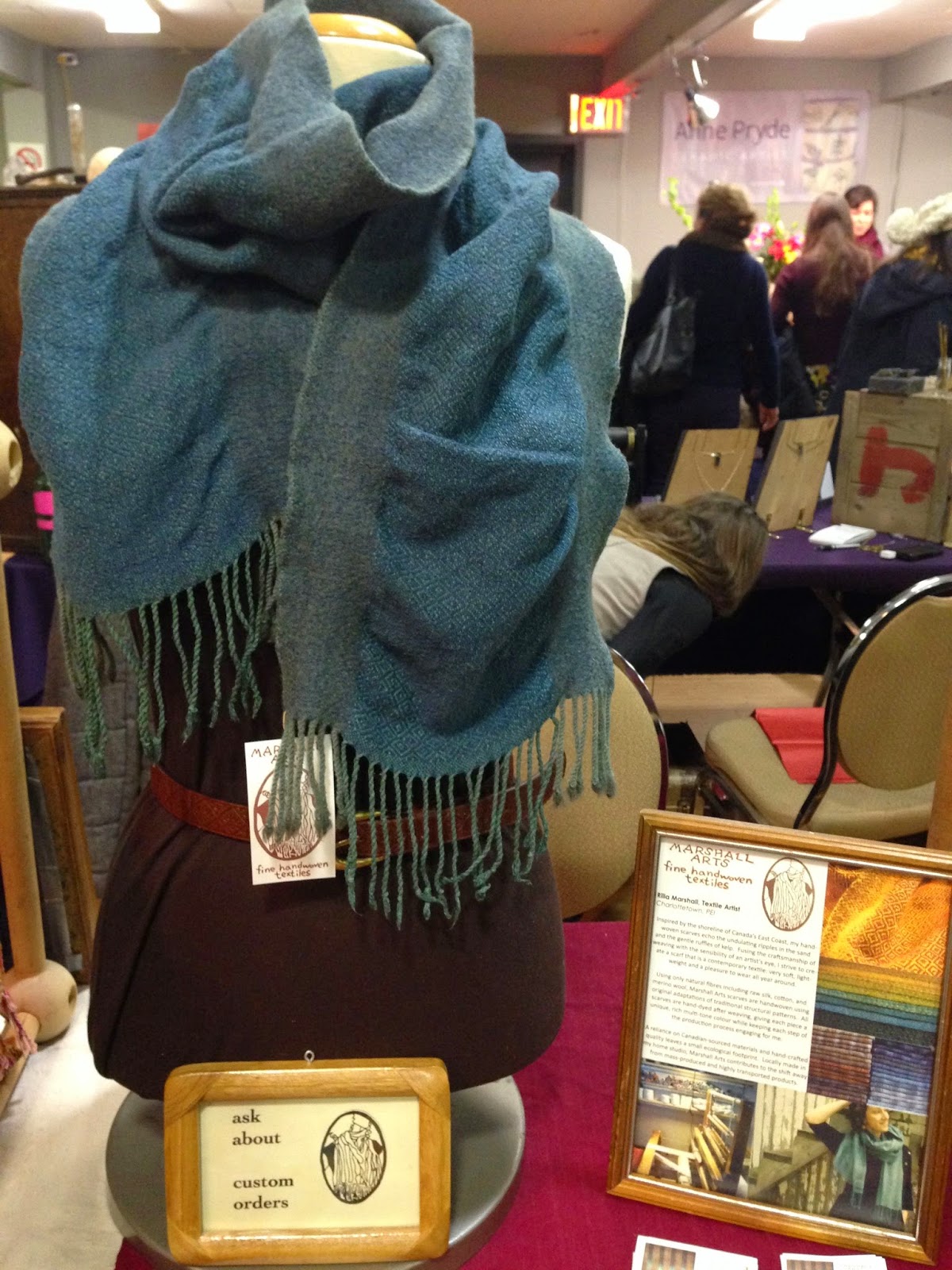 ...as well as my most luxurious scarf, the River scarf. 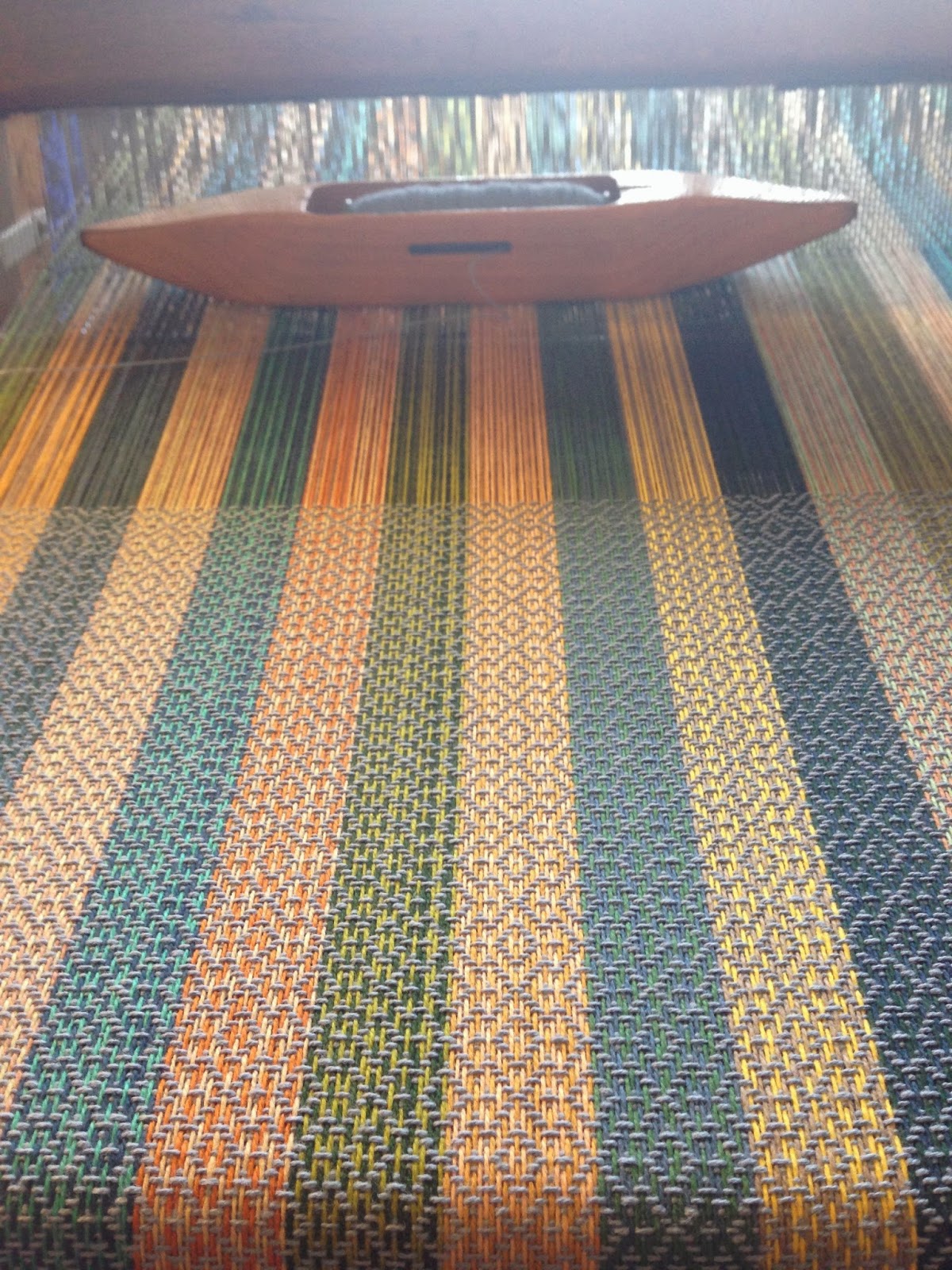 Now onto a custom order set of 8 cotton napkins in blues, greens and yellows.  Hopefully I will get cloth napkin sets into production over the winter and have them for next summer's consignment season and next fall's craft fair season.
Posted by Rilla Marshall at 11:58 AM No comments: