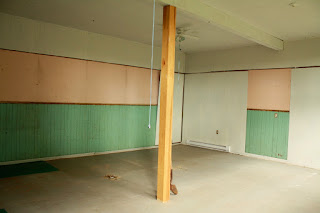 Before Damien ripped own all of the fake wood paneling (painted white).  Wood wainscoting painted turquoise green underneath.... 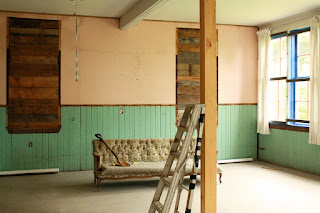 .... As well as evidence of two large windows on the south eastside of the building. 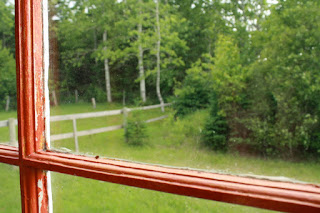 Seven giant windows on one side, painted orange and blue. 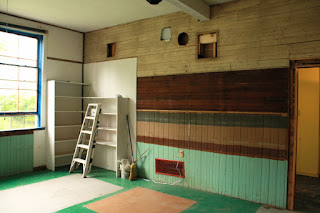 Horizontal bands of six different colours of paint.  Maybe where the chalkboard used to be? 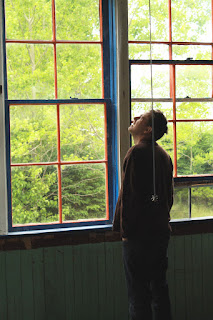 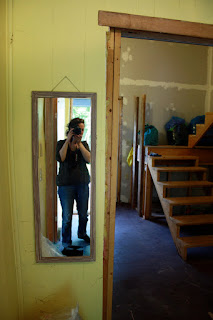 Entryway with door to kitchen area, stairs and back door.  Front door behind me in mirror. 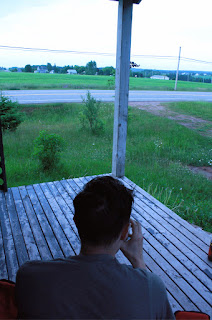 Dusk on the front stoop. 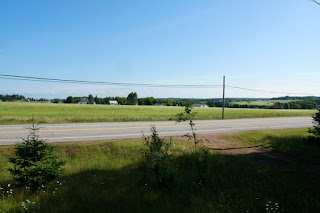 Morning from the front stoop. 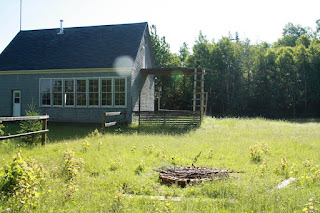 Back of house with second floor deck.  The fire pit I built last weekend. 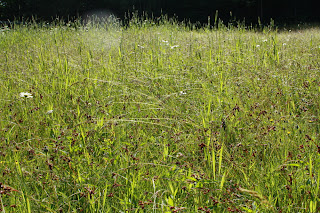 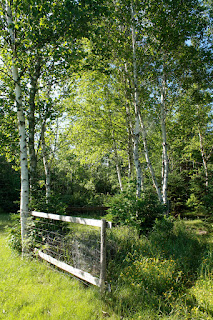 Beautiful stand of birch leading to path through the woods. 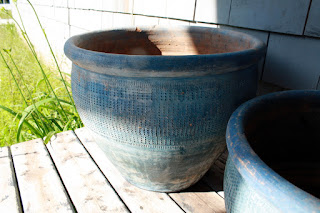 Big planters I found in the basement. 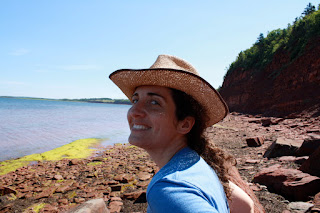 Halliday beach.  So close to the school house (15-20 minute walk), huge red cliffs, big sandstone slabs worn smooth on the beach.  Friday morning with Mille.  The strawberry u-pick wasn't open yet for the season, so we explored the shore....I had never been here before, and Mille only a few times!!  I am so excited that this little part of PEI will be my neighborhood over the years to come.
Posted by Rilla Marshall at 2:06 PM 2 comments:

it's been too long 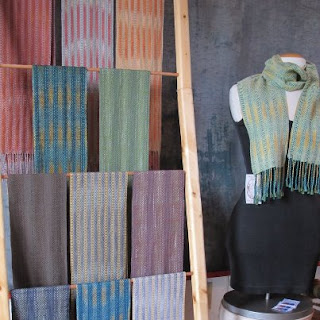 Life has been very busy lately since I've started full-time work for the season and reached the closing date for my school house in the country.  I promise to post some photos of our progress on the school house, but in the meantime, here's a lovely photo of my scarves on display at Hutchinson Pottery and Gallery in North Milton, PEI - which, as you may be able to tell from the blackboard, is located in another one room school house.  They held an opening this past Sunday, and though I couldn't make it (work), I heard it was a great time, and a friend took this photo....
Posted by Rilla Marshall at 7:57 PM No comments:

Ewe and Dye Weavery, you and I at the beach

This past Saturday Damien and I drove out to Victoria-By-The-Sea, a sweet little village on the south shore of PEI.  I had to finally get around to bringing my Swedish lace scarves and two small wall hangings out to Christine Stanley's Ewe and Dye Weavery shop. 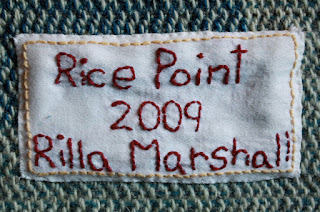 Before bringing Christine two handwoven wall hangings I made back in 2009 for my Home Terrain exhibit (at the Confederation Centre Art Gallery), I decided they needed some identification.  I embroidered the titles, dates and my name onto cotton labels and then stitched them onto the backs of the works. 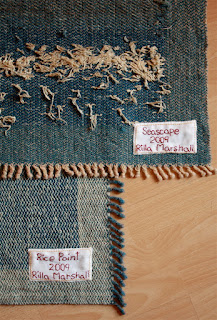 Christine and her husband Malcolm Stanley are pillars of PEI craft - she is a weaver and he is a potter, and they have built an inspiring life for themselves here since they moved from New Brunswick in the 1970s.  Christine has opened up an exclusively fibre-based shop in a century old home in Victoria for the summer (bought by her wonderful daughter as a summer home/fibre playhouse for her mother).  This was my first time out and the place is fantastic.  The shop carries Christine's own weaving, hooked rugs, and yarns and fleece from her sheep, as well as the work of other Island weavers, knitters, felters, and textile artists.  I obviously took some pictures while we were there: 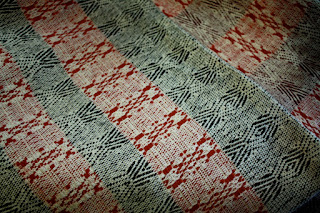 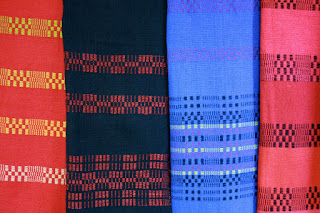 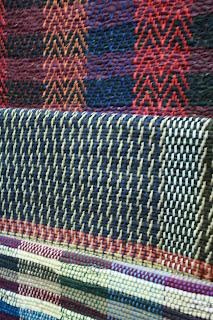 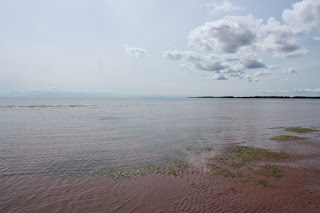 Then Damien and I went for a walk on the nearby beach.  If the photo above was bigger, you'd be able to see the giant Confederation Bridge in the distance. 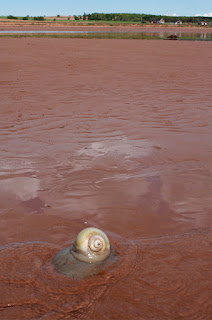 I found the largest live moonsnail I've ever seen. 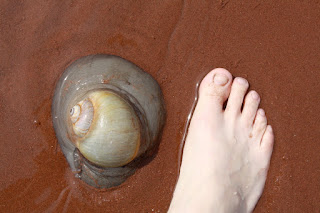 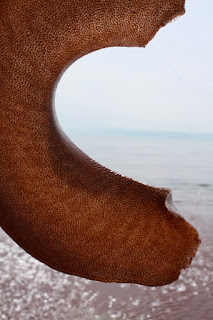 I discovered that these strange collar like rubbery forms I've found before on the beach are created by these giant moonsnails.  They seem to be made of particles of sand glued together with some kind of secretion from the snail.  The shape must be made by the round shape of the snail itself...some kind of winter hibernation? 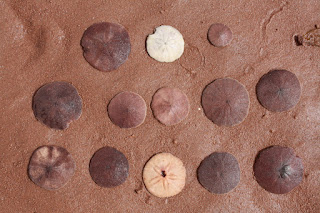 And Damien found a whole bunch of living sand dollars (except for the white one at the top).  They are a heathery purple when alive, covered in fine hairs that glistened in the sunshine as they moved.  I have only very rarely found a sand dollar in my life, always white and dead - this was my first time seeing living ones, and so many of them!  A magical afternoon.....
Posted by Rilla Marshall at 8:38 PM No comments: