a work in progress 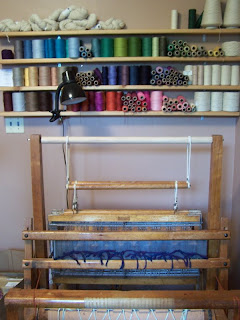 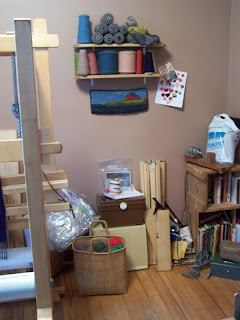 After ignoring the boxes in my new studio for the past week and a half, I finally started tackling them yesterday. Usually when I move into a new home, I have an intense urge to nest. You could even call it a little obsessive compulsive. With our new home this time, despite it being probably my favourite place I have lived so far, that nesting urge has been kept at bay for some reason. I think part of it was wanting to simply live and work in the space before deciding how my stuff should be arranged. After weaving my first project this past week, I now feel naturally inclined to unpack and organize. I still need some more wall shelving to keep a lot of my stuff from simply being stored in boxes in the basement or closet. Today I think I will work on putting in the "guts" of my large Cranbrook loom - a satisfying rainy day activity.
Posted by Rilla Marshall at 10:47 AM